Vending machines have always played a big role in American life. The ability to get a snack, drink, or even a meal from a machine, day or night, is a convenience we have all enjoyed at one time or another.

Leaders in the vending and refreshment services industry are constantly trying to get a new generation excited. Recently they have been focusing on the Gen Y demographic (ages 18-29). This is the group that grew up on-line and steeped in technology.

Therefore, the industry is investing in new technologies that will appeal to Gen Y. These upgrades include cashless payment options, easy-to-use touch screens, and even cellphone payment options.

Major technology providers, including Intel® and Cisco Systems® are getting involved in an industry that used to be mostly mechanical in nature. It’s the perfect example of how an older technology can be brought swiftly into a new century. 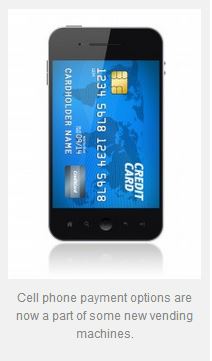 Yet, no matter how high-tech the new generation of vending machines get, there is one thing they will all still need: fans.

Take Japan, for example. In 2011, Tohoku suffered an earthquake and tsunami that caused a major nuclear crisis. Nearly 30% of the country lost the ability to generate power. Even into 2012, all but two of Japan’s fifty nuclear reactors were still shut down.

It goes without saying that vending machines required some of the power that they were unable generate. In 2011, more than five million vending machine units had been installed. The machines came under fire when the country was desperate for power.

However, this was a $67 billion industry – getting it back up and running (and making money) was critical.

In response, a team got together and worked tirelessly to create new machines that maintained cold drinks while using 95% less energy during the day, when these machines normally work the hardest.

How? They designed their units to cool the entire beverage until the beverage itself acts like a large ice cube inside the machine, giving it lasting cooling power.

More efficient cooling is just the start. Vending machines are getting a facelift by doing more than just dispensing cold drinks. Starbucks has rolled out “heat on demand” machines that rely on a process developed by Pepsi which utilizes supercooled liquid.

Press a button triggering nucleation and the mixture crystallizes immediately, creating heat in the process. Starbucks on the Go are espresso machines that freshly grind upon ordering and individually steam each drink with the tap of the touchscreen interface.

It doesn't stop there! Let’s Pizza is a vending machine that makes gourmet pizzas for one to four people. Even wine vending machines have become extremely popular.

Pelonis has been providing the vending and refreshment services industry with a wide variety of high-quality fans, blowers, heating and cooling elements, and AC motors for over 25 years.

Nothing is worse than getting a warm soda or a cold cup of coffee from a vending machine. The fans and motors drive the cooling and heating systems that really make these machines convenient and popular.

So the next time you use your iPhone to pay for some sushi from a high-tech vending machine, just remember that it wouldn’t be possible without companies like Pelonis.