Commercial and residential ductwork rely on inline duct fans, which are cylindrical fans placed in a specific section of ductwork. Inline duct fans save space and stay out of sight in residences and commercial spaces while effectively facilitating airflow in the HVAC system. Different ducts feature different designs, so it’s important to select the right duct fan units for your application.

How Do Duct Fans Work?

Inline duct blowers appear near vents that sit far from the system’s blowing unit. The fan lends mechanical air pull to the designated vent’s ducts, allowing air to flow efficiently throughout the entire system and preventing air from leaving through other vents.

Inline duct fans offer a few advantages over traditional booster fans, such as:

Several applications benefit from using inline duct fans instead of other systems. These applications include:

At Pelonis Technologies, we offer innovative inline duct fan products designed for even the most demanding applications, including heating, air conditioning, ventilation, and refrigeration. Our advanced inline duct fans provide superior quality and high performance for a range of cooling applications. Depending on our customers’ needs, we can customize products for specific applications, accommodate multiple configurations, and provide easy installation.

Contact us to learn more about our products, or request a quote to get started on a custom solution for your application. 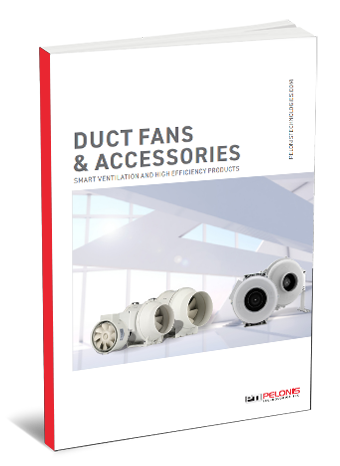 Let us put our experience and expertise to work.