How to Cool Small Electronic Devices

The mobile device industry has many challenges, but one of the most challenging is the ability to keep components cool, because overheating causes significant reduction in the operating life of a device and leads to device failure. 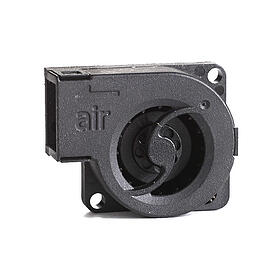 As electronic devices get smaller, engineers and designers are faced with the growing challenge of keeping up with the need to optimize processing speed within a shrinking form factor. Faster processors necessitate increased power consumption, which generates heat; and smaller form factors necessitate greater miniaturization of the implements used to disperse that heat. These considerations are forcing clever engineers and designers to think in terms of systemic solutions in which every consideration in a device’s power equation is examined for greatest optimization.

To illustrate, here are three challenges to the problem of managing power dissipation in today’s small-footprint electronic devices.

Printed circuit board (PCB) designers employ various methods to remove excessive heat from critical components. One of these is the use of metal in board (MiB) circuit technologies, which employ metal core and insulated metal substrates to draw heat from the board. High-performance heat sinks and miniature heat pipes (including thermo-siphon loops) are also implemented in many sophisticated PCB designs. And, of course, the most commonly used heat dissipation method in compact PCB design is still the miniature fan. Using forced air convection, miniature fans and blowers are still considered the most effective tool in combating overheating PCB surfaces, requiring designers to plan for sufficient space in their PCB packages to maximize cooling.

In an article in IEEE Spectrum magazine a few years back, journalist Phillip E. Ross summarized the problem of overheating in integrated circuits (ICs) as an example of electromigration, in which copper and aluminum interconnects on the chip become so compromised by the mechanical stress that they eventually disintegrate. Here, again, the single most successful remedy to power dissipation is the use of fans and heat sinks. “Engineers have a way to go yet before they exhaust the possibilities of fans,” Ross wrote. More exotic techniques for dissipating heat in ICs have made appearances in recent years, but the miniature fan or blower is still the most economical method for keeping chips cool to this day.

3. Size of Devices and Mobility Desired By Users

Device manufacturers continue to utilize the knowledge of consumers’ desires, needs, and behaviors to guide them in overall system designs.  These in turn enhance the effectiveness of their designs making changes and upgrades to device elements such as performance, power, and thermal parameters.

As these demands of smaller designs and additional functionality increase, the challenges of heat reduction will continue to emerge. With an increase in microprocessors reaching into the gigahertz range of operation, finding ways to provide cost-effective thermal management is a high priority device designs.

While passive cooling can be effectual, active cooling — using miniature fans and blowers — is the way of the future because of its ability to transfer heat more quickly and efficiently, as the complexity and need for heat reduction in mobile devices rises.